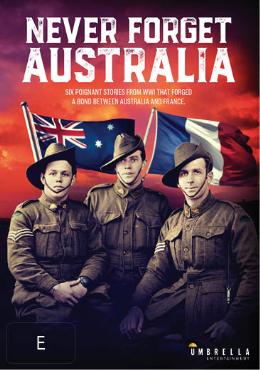 The story of a little French orphan who was smuggled to Australia in an oat sack.

How a little Victorian school boy worked hard to raise two pennies to rebuild the school in Villers-Bretonneux.

The day we stole the ‘Mephisto’ tank from under the German’s noses and bought it back to Brisbane.

Recognizing our Aboriginal Diggers who came to rest at Villers-Bretonneux.
Monash, the master of surprise, who played a highly significant role in turning the tide in WW1.

Known only to God – the story of the Unknown Soldier’s return to Australia; one of the eleven thousand ANZACs whose final resting place in France is unknown.

At the Anzac Day ceremony in Villers-Bretonneux – powerful and poignant stories from the decedents of these brave Australian soldiers.

My Journey with Never Forget Australia

Writing, co-producing and co-directing this documentary film Never Forget Australia was an exhilarating experience for me. Filming in France, working with a camera crew, editors, designers and associated professionals stretched my creative spirit – I loved it. Finally, I had found my tribe.

When Executive Producer, Alan McGirvan asked if we could make a film about a book I had written, Two Pennies, I immediately said, ‘Yes’ and a tingle of excitement ran up my spine. I knew I was in for a ride.

Two Pennies was just the starting point for the documentary Never Forget Australia. We discovered many amazing true stories about Australians in World War 1.

I was entranced by the story of The Little French Digger, the first story in the documentary about an Australian Airman who smuggled a little French orphan from the war-torn battlefields and brought him home to Australia. I have now written an illustrated children’s book about this boy, The Stowaway, published by Scholastic, out March 2018. I have also written a screenplay for a feature film about the remarkable tale of The Little French Digger.

Back to the documentary; this unique, one hour Anzac centenary film presents little-known stories about the relationship between France and our Australian Soldiers in WW1. We use original lyrics and music by Melbourne musician Vin Healy to exemplify the emotional story between these countries which began the hundred-year love affair between Villers-Bretonneux and Australia.

Here is the link to the introduction of Never Forget Australia. https://vbstories.com.au

Screening with SBS in 2018 (dates to be advised) 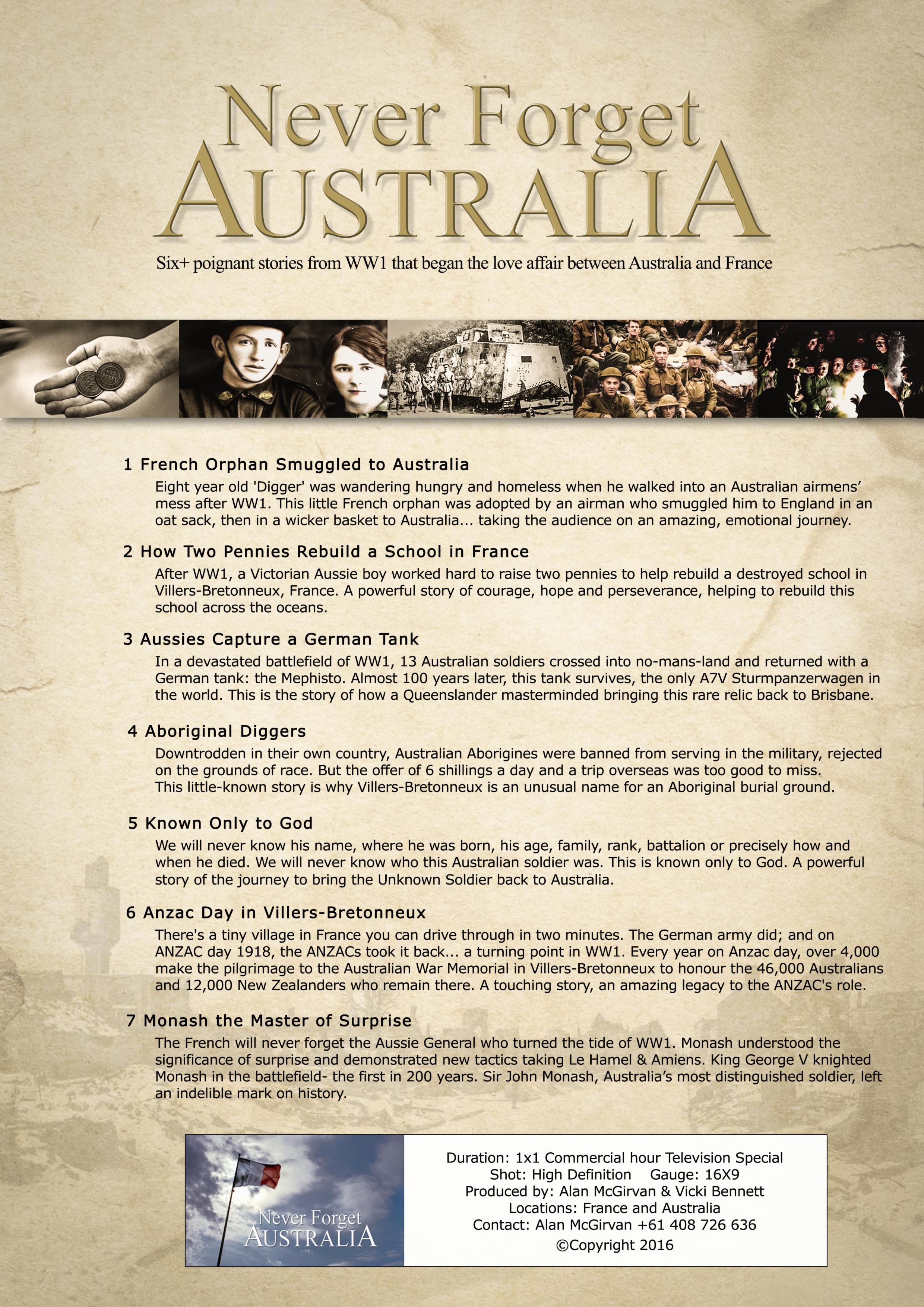