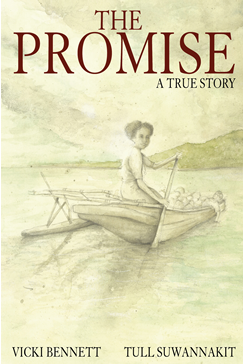 Papua New Guinea nurse Maiogaru Taulebona hid a wounded Australian airman in a cave, deep in the jungle near Milne Bay in World War 2. With two words, I promise, she was bound to the task of saving his life.

Hiding him in a canoe under a pile of vegetables, Maiogaru paddled him through Japanese occupied waters to safety. Her bravery was recognised when she was awarded the Royal Australia Air Force Loyalty Medal.